What is the difference between The Jason Group, Jason Scholars and "JASON society" ???

The JASON society, takes its name from the story of JASON and the Golden Fleece, and it is a branch of the Order of the Quest, one of the highest degrees in the Illuminati. The 323rd Degree. ⟁∴⟁

JASON'S hold the highest and most restrictive security clearances in the nation. They are given the protocol rank of rear admiral (two stars) when they visit of travel aboard ships or visit military bases.

The golden fleece takes on the role of truth to the JASON members.

JASON represents the search for truth.

Therefore the name denotes a group of men who are engaged in a search for the truth,

The First Compliance IT Company 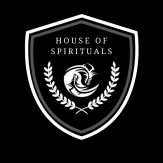 Institute of Peace and Development